Smithfield Foods Receives 2022 Manufacturing Company of the Year, Video of the Year Recognitions from American Best in Business Awards

SMITHFIELD, Va., June 14, 2022 /PRNewswire/ -- Smithfield Foods, Inc., an American food company and one of the world's leading vertically integrated protein producers, was yesterday announced the winner of two gold GLOBEE® Business Awards. The company received "Manufacturing Company of the Year" for its industry leading carbon reduction efforts and "Video of the Year" recognition for a documentary it produced highlighting the importance of diversity, equity and inclusion in American agriculture. 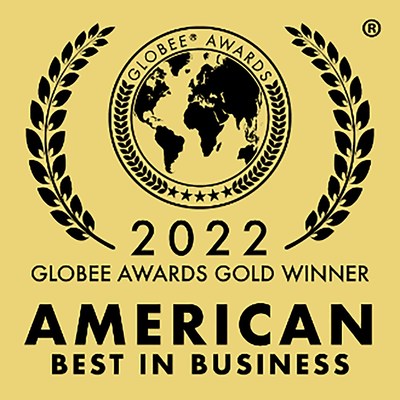 "We're honored that the American Best in Business Awards have recognized our sustainability leadership in food manufacturing and agriculture," said Stewart Leeth, chief sustainability officer for Smithfield Foods. "Carbon reduction has been a foremost priority of our leading program for more than two decades now, and we are committed to continuing to build upon our aggressive environmental goals for the good of our local communities, planet and industry."

"Our sustainability approach at Smithfield is holistic, and efforts to further diversity, equity and inclusion represent a standalone pillar of our program," continues Leeth. "We are deeply proud of the now award-winning documentary we released last fall highlighting our new contract-grower program, which is forging ownership opportunities for Black and other minority farmers and simultaneously diversifying Smithfield's hog supply chain."

The company's Martin family documentary outlines the genesis of the new program from the perspective of the Martins, contract hog farmers for Smithfield based in Wayne County, N.C. The contract-grower program is part of the company's $15 million commitment to further diversity, equity and inclusion in food manufacturing, agriculture and education through its Unity & Action program.

A full list of 2022 winners is available at this link. For more information on Smithfield's commitments to sustainability and "Good food. Responsibly.®", visit  www.smithfieldfoods.com.

About Smithfield Foods, Inc.
Headquartered in Smithfield, Va. since 1936, Smithfield Foods, Inc. is an American food company with agricultural roots and a global reach. With more than 60,000 jobs globally, we are dedicated to producing "Good food. Responsibly.®" and serve as one of the world's leading vertically integrated protein companies. We have pioneered sustainability standards for more than two decades, including our industry-leading commitments to become carbon negative in our U.S. company-owned operations and reduce GHG emissions 30 percent across our entire U.S. value chain by 2030. We believe in the power of protein to end food insecurity and have donated hundreds of millions of food servings to our communities. Smithfield boasts a portfolio of high-quality iconic brands, such as Smithfield®, Eckrich® and Nathan's Famous®, among many others. For more information, visit www.smithfieldfoods.com, and connect with us on Facebook, Twitter, LinkedIn and Instagram.